Conspiracy theories there have always been. Lots. And in our day of Google and YouTube, a simple search will reveal more material than one can handle.

For the Christian, it will take prayerful discernment to decipher which is true and which is plain out of this world. After all, if you want to read something into something, you can come up with almost anything! And yet, ignorance is not necessarily bliss. We must still be aware of what is taking place around the world that we may respond wisely, rightly and circumspectly, for the days are indeed evil (Eph 5:15-17).

That has always been my policy, and even more so after receiving the message of Archippus Awakening. This is because the context of this awakening is the backdrop of the last days. Without being aware and having an understanding of what is taking place, it is so easy to remain in slumber, thinking that everything is ok. I am not a doomsday prophet nor an alarmist, I assure you. But read on and you will see that it is not business as usual. 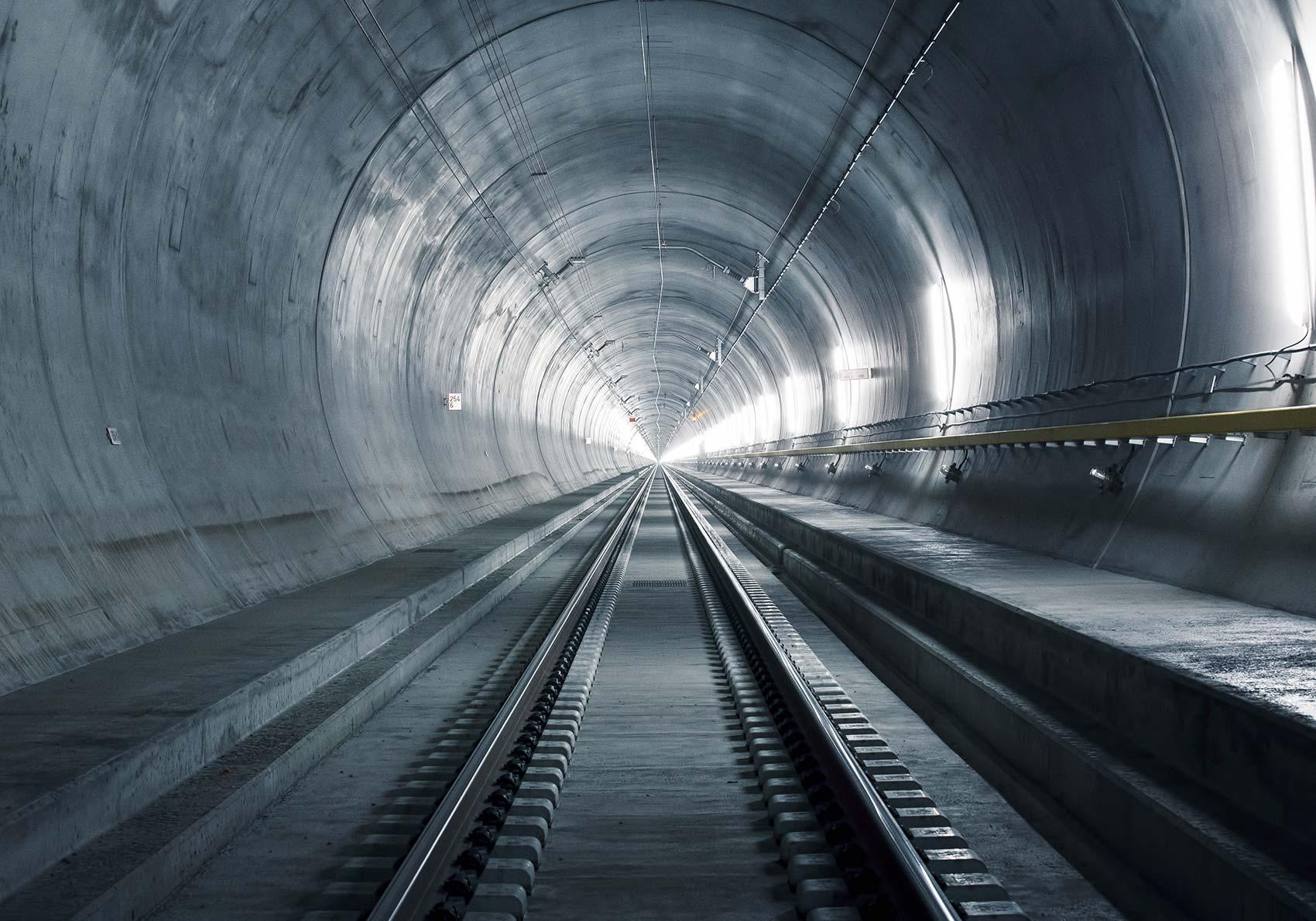 On 1 June 2016, the Gotthard Base Tunnel was officially opened. Without doubt, it is an engineering feat by the Swiss, a realisation of a dream that started 68 years ago – a double tunnel, 152km long, running under mountains, connecting Switzerland, France, Germany and Italy. Surely, this achievement deserves recognition and applause. But that is not the issue of concern here. Rather, it is how they chose to mark the opening of this milestone that raises eyebrows. 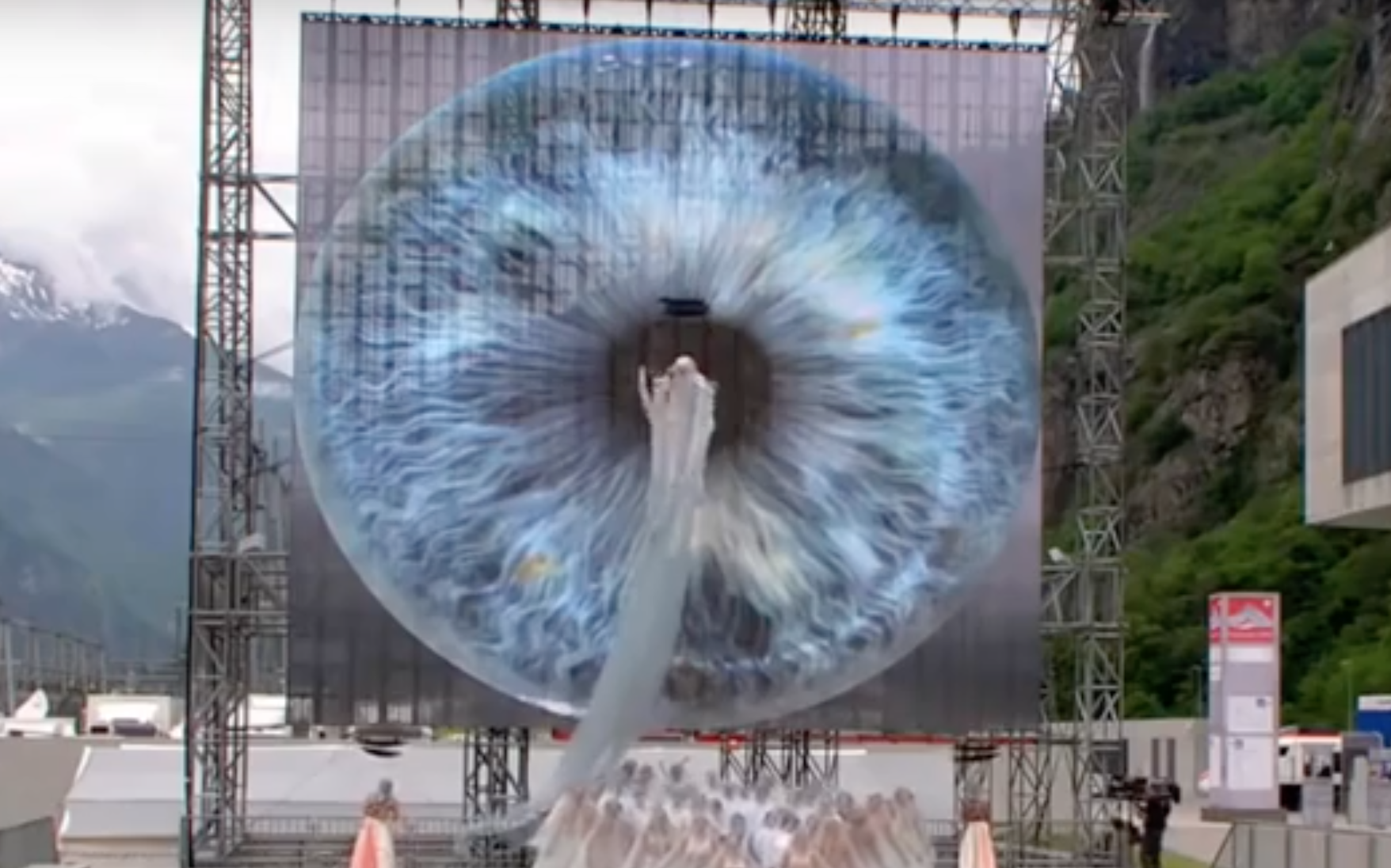 If you have not already viewed it, this report by The Daily Mail will give one a good overview of the ceremony’s key images. Written from a non-religious point of view, the report provides the various creative rationales for the costumes and scenes. However, those who are more aware and sensitive to such images will immediately understand that there is more to this than meets the eye (no pun intended). The entire ceremony was rich with both Illuminati and satanic symbols – zombies, spirits, half-naked people, sacrifices, the all-seeing eye, a goat-man, fallen angels, etc.
Read more and watch the embedded video: “New Tunnel Unveiled in Bizarre ‘Demonic’ Ceremony” Interestingly, when I searched straitstimes.com, although there were reports of the tunnel being opened, the opening ceremony was not featured at all. I wonder why?’ 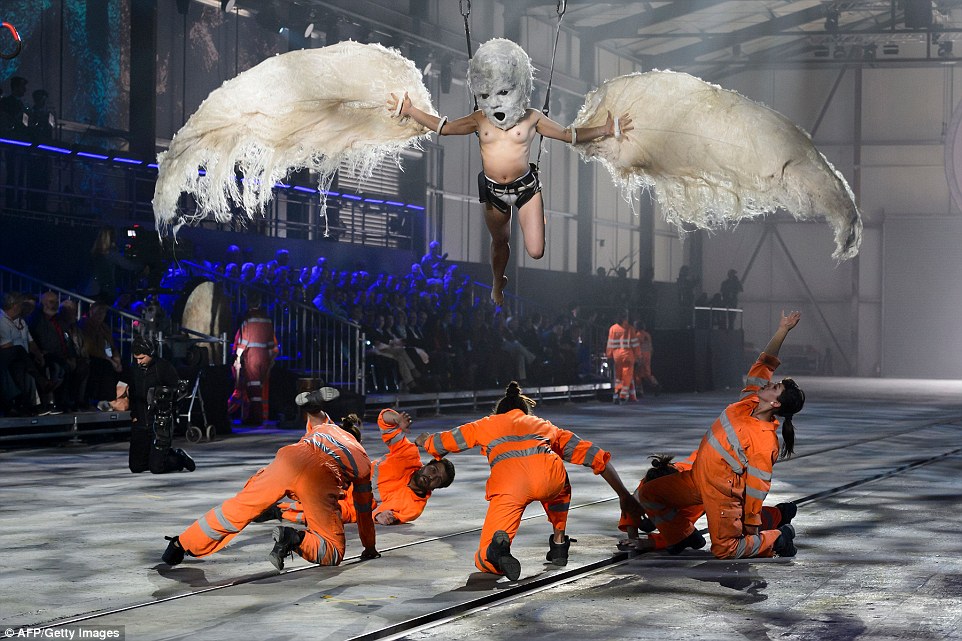 Watch the following video for yourself and see if it doesn’t shock you:

As I read the reports and watched the videos, one question kept surfacing: “What do these have to do with a railway tunnel?!!” I must admit a certain level of denial and disbelief. And yet, it was as in-your-face as it could get! How could one watch this and not be awakened to what is happening? How could one miss the messages that were being communicated so very clearly? You would have to be totally asleep or drugged out to think that this means nothing at all. Perhaps, that’s what the zombies are openly portraying – that so many are still clueless, unaware of the times we live in. And sadly, that includes Christians too.

Dear Archippus, this is not the time to be found sleeping! The alarm has sounded and it is a wake-up call for every saint to know and fulfil his/her God-given kingdom assignment. It is definitely not business or church as usual. May the Holy Spirit grant us wisdom and discernment to respond as we should.

It is probably not uncommon for us to receive comforting and edifying prophecies. But what about those that sound harsh, and seemingly out of character of a God who is loving and good? What are we to make of such prophetic warnings? How are we to respond?𝐑𝐞𝐚𝐝 𝐇𝐞𝐧𝐬𝐨𝐧’𝐬 𝐛𝐥𝐨𝐠𝐩𝐨𝐬𝐭 𝐭𝐨 𝐟𝐢𝐧𝐝 𝐨𝐮𝐭:archippusawakening.org/blog/2018/12/11/heedingagoodgodsgraciouswarnings/ #iamarchippus #awakened #aligned #assigned #buildthearc ... See MoreSee Less

If you subscribe to Charisma magazine, you will receive tons (and I mean tons) of prophetic-type articles. It can be quite overwhelming and confusing as you consider the various prophetic utterances and promises. I have often wondered how believers are supposed to appropriate or respond to such decl...
View on Facebook
· Share

Is clocking attendance at cell meetings in church becoming a burden for you?Gideon Chong shared that it used to be for him, until God revealed to him that he may have missed out the one thing that God has assigned for him to do. With this awakening, he began to seek God in prayers. God guided him to identify clearly what he should say yes to in the area of serving Him in church and when to politely decline on roles that he knows are not what God has for him.𝐑𝐞𝐚𝐝 𝐡𝐢𝐬 𝐬𝐭𝐨𝐫𝐲 𝐡𝐞𝐫𝐞.archippusawakening.org/archippian-stories/gideon-chong/ #archippianstories#iamarchippus#BUILDTHEARC ... See MoreSee Less

There is no lack of Christian teachings in Singapore, but what are we doing with all that we know? And with all that we have read or learnt, should we not be rightly aligned and positioned for the assignments that the Lord has prepared for us? Book: Say To Archippus by Henson Limarchippusawakening.org/shop#AAQuotes #saytoarchippus ... See MoreSee Less